Over the past couple weeks, I had the opportunity to attend two conferences of note: first, a national summit on the staffing crisis facing nurses with the Canadian Federation of Nurses, and then the Prairie Labour School on June 6 and 7.

The national summit saw my fellow union leaders from across Canada and I meet in person to create a plan that would help alleviate the strain on the health care system. A plan that addresses better retention of nurses who already work in our system, innovative ideas to return nurses who have left the system, and new measures to recruit and train the next generation of nurses.

Among the solutions discussed are the three Rs: retention, return and recruitment. For those of us who attended the summit, this means funding for proven programs backed by firm timelines and real accountability – to keep experienced nurses in their jobs, bring nurses back to the public sector, and recruit nurses where they are needed most.

Additionally, we explored the following solutions:

View more details on the plan that came out of the national summit. 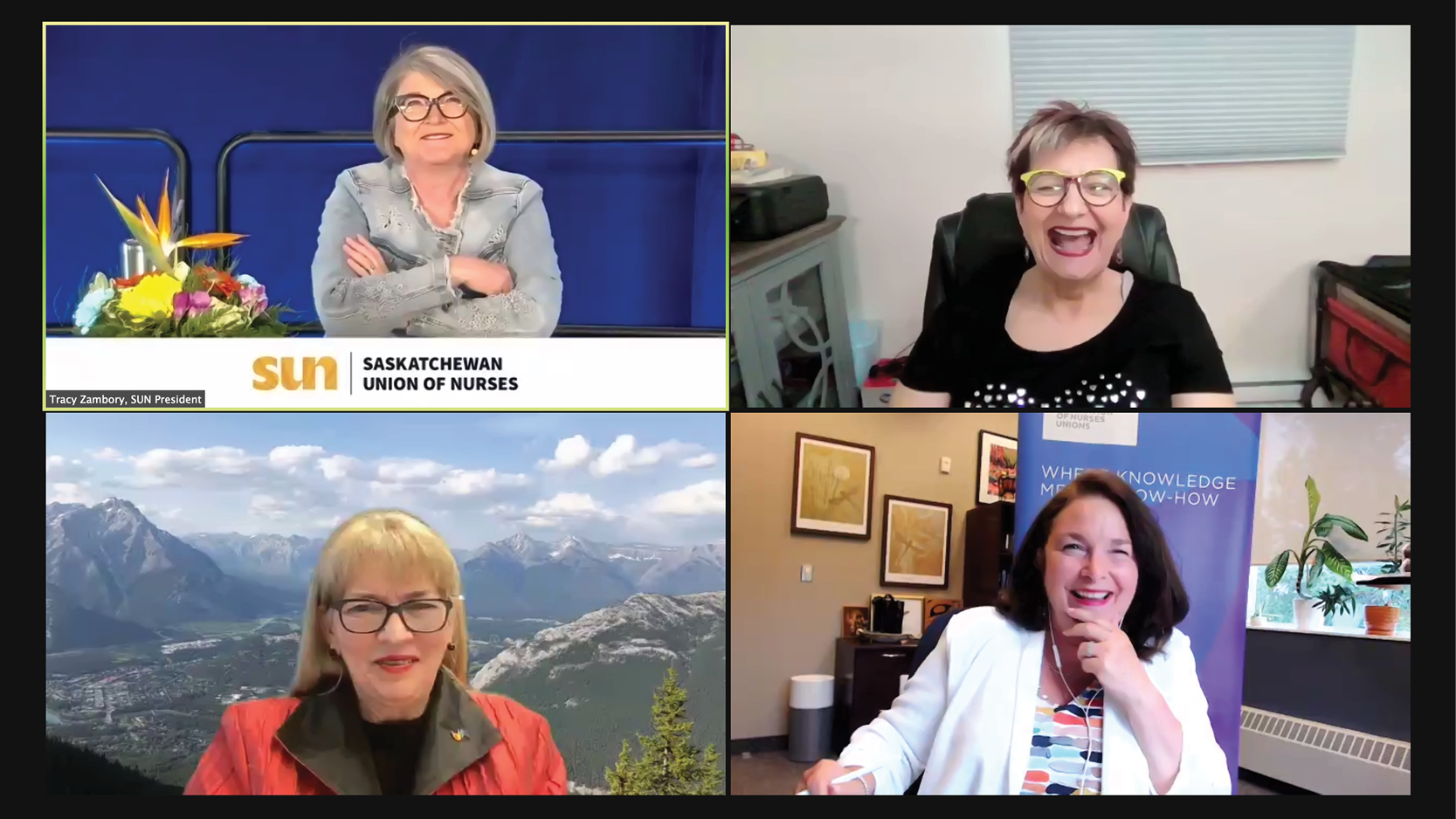 It was also a pleasure to attend the virtual Prairie Labour School (PLS), which made its comeback last week after a two-year hiatus due to the COVID-19 pandemic.

The PLS provides an opportunity for members of the Manitoba Nurses Union (MNU), the Saskatchewan Union of Nurses (SUN) and the United Nurses of Alberta (UNA) to gather every two years to learn about issues that affect their working environment and an opportunity to network with each other.

Those in attendance had the opportunity to engage in virtual workshops focused on such topics as Anti-Racism in Care & Labour; Workplace Trauma & Grief: Moving Forward; Speaking Up & Speaking Out: Getting Your Message Heard.

The participants, speakers and workshop leaders engaged in really interesting conversations and we received a lot of positive feedback.

Finally, we have an update to our last edition of The Pulse where we shared that the leaders of unions, including myself, and the Manitoba Federation of Labour, spoke to a committee on Bill 2: The Public Services Sustainability Repeal Act.
This Act, which was introduced in November of 2021 by the Heather Stefanson Government, seeks to repeal the infamous wage-freeze Bill 28: The Public Services Sustainability Act (PSSA).

As an update, we can confirm that the PSSA Repeal Act was passed and received Royal Assent on June 1. In theory, this means that the wage-freeze Bill 28 is now history.

However, we remind members that even though the government has now officially repealed Bill 28, there is the possibility that they could bring back similar legislation at any point in the future. That’s why we are pursuing this matter to the Supreme Court of Canada, because collective bargaining must remain independent and free of government interference.

If you would like to learn more about this case view the MFL’s video.

CATEGORIES: News, From Our President